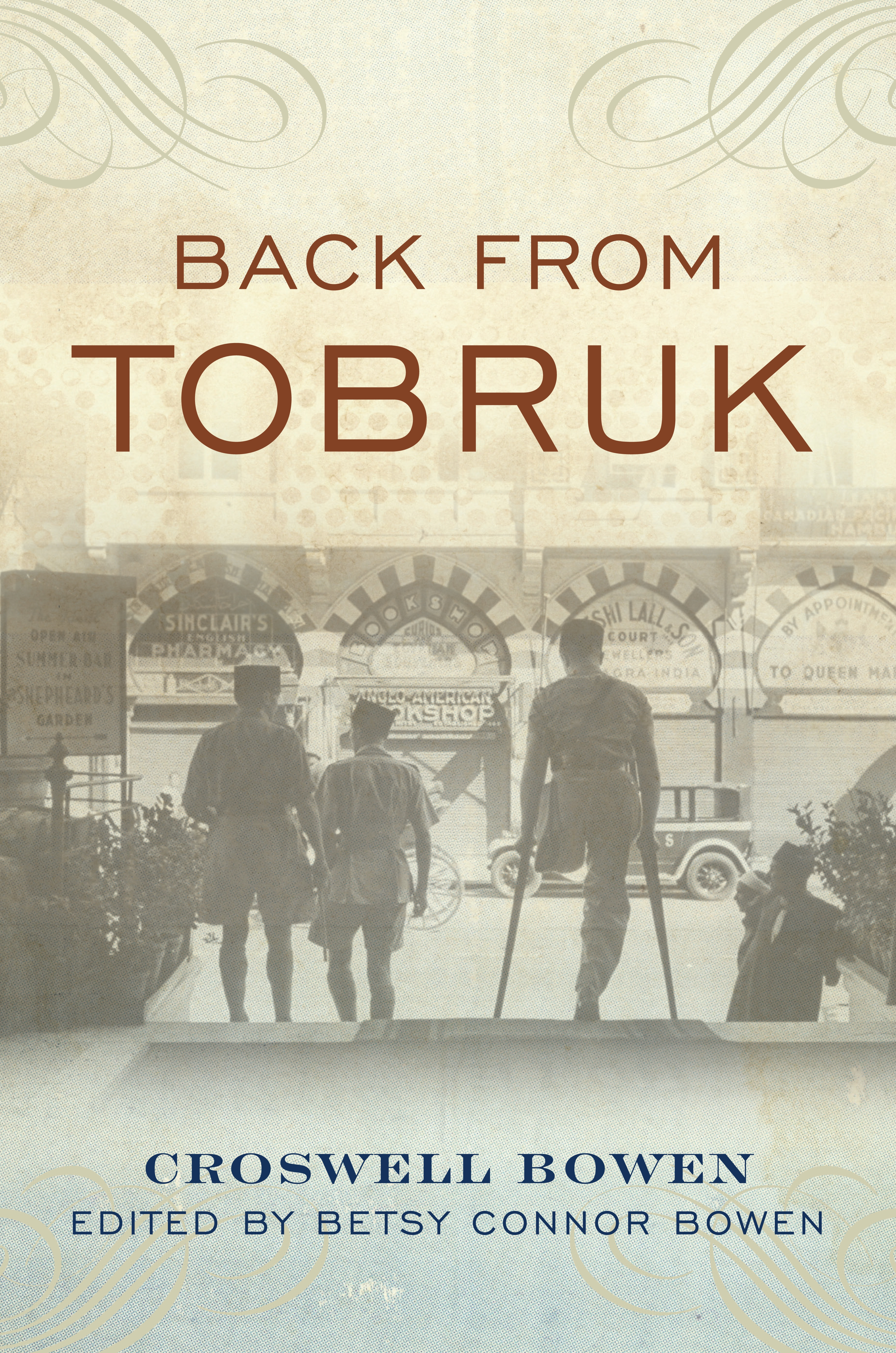 Croswell Bowen was my father. He began writing and taking photographs for Back From Tobruk (published by Potomac Books in 2012) in 1941 while en route with his unit of American Field Service volunteer ambulance drivers to serve alongside the British Eighth Army in North Africa. Armed with camera and notebook, war was an assignment he could finally sink his teeth into — until the bombs dropped and the story began.

I began editing the manuscript of this book back in 2006, spurred on by the questions my nephew asked about what had happened to his grandfather in the war. I began to trace  my father’s development as a writer from there.

Back From Tobruk‘s message was a surprise. It had taken shape not on the front lines of battle but rather in the field dressing stations and hospital ships among the wounded and dying on “war’s reverse supply lines.” 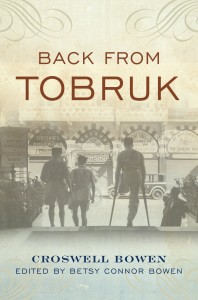 A Catholic pacifist at heart, my father found himself united in shared suffering even with his former battlefield enemies. He had seen the sick and wounded from all over the globe treat one another with respect and compassion. “Here, perhaps, lies the hope of the world of tomorrow,” he would write.

Steaming past the Statue of Liberty back into New York City’s harbor, he felt a new pride in America’s conceptions of freedom and respect for the dignity of man.

“When the great leaders sit down at the peace table,” he said of his fellow servicemen, “they might take a lesson from those men.”

But the times were not right for the message between the covers. He talked about peacemaking in a country that was hungry for victory. He advocated world federation when patriotism was at a fever pitch. He had lived and witnessed war’s suffering, but the country did not want to hear about it. Despite the breadth of experiences he packed into his memoir, it would go largely unread for some sixty-five years.

The times were not right. The rejection letters were unequivocal. No publisher bought the book.

Growing up, I heard my father at times wistfully mention his war book. But still the typescript and his negatives lay for decades in the ancient, moss-roofed Connecticut barn where he put them. I would come upon them from time to time, growing increasingly moldy. Eventually, the barn was sold and the negatives disappeared.

After he died,  fortunately, my sister Lucey put a copy of the book in the archive he had donated it to, and thirty-five years later, I could read through it for the first time and see that it still had something to say. It’s about the brutality of war, the compassion that springs from shared suffering, and how the vision of world peace through international government might give that suffering meaning.

But there was more. My father was a writer. He left a copious paper trail. I dove into his reporting, his books, her family papers. What emerged was the shape of a life.  Its cornerstone was an appreciation for the “common man” whose nobility and resilience he’d seen in those ambulances and field hospitals. Advocating for liberal causes became his mission as a writer.

One thought on “Daughter, Editor, Biographer?”